Your guide in the new digital technology trends

New digital technologies are around every corner, and the question of how well companies can adopt them and profit from them can be a huge game-changer. So if you’re into tech stuff, you will surely like this article. I’ve gathered digital technology trends that we hear more and more about, but maybe we don’t really understand them yet.

IoT refers to the many thousands of smart electronic devices that can take many forms, from smartphones to smart home devices to heat, motion, light, or consumption sensors in industrial facilities. These are the things that established the base of smart technology devices. These devices can send and receive data over an Internet-based network and even teach themselves without interacting with humans. These interconnected and interacting things will transform industries and are expected to be hardly an area of ​​life where they would not appear.

Fifth-generation mobile technology will be much faster and drastically higher bandwidth than the current one and allow real-time communication without delay. This is not so much interesting in traditional Internet communication, but much more so in machine control. Think of a robot performing medical surgery controlled from another continent or self-driving vehicles that need to evaluate a lot of data in real-time to prevent accidents. 5G networks are already operating in Hungary; here is the 5G map. 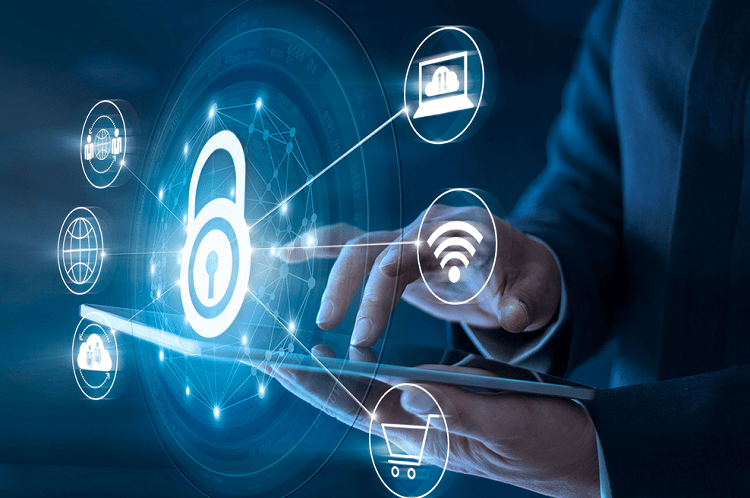 3D printing is an existing technology, similar to two-dimensional printing on paper, only here we print a three-dimensional object. Unlike conventional machining of conventional products, we do not remove excess parts from a piece of raw material by various machining tools (e.g., lathes) but build the mold by bonding thin layers together, e.g., plastic, powder, rubber after computer design. 3D printing is primarily used to make prototypes and models, but we can also find parts and medical applications examples. Series production will even be suitable for individual mass production, using 3D printing in real-time.

Cloud is one of the best-known digital trends of the 2010s. Not so new; I picked it on the list nonetheless because it’s the engine of the internet-based digital economy. This year I had a client who didn’t know what it meant, e.g., dropbox, which is nothing more than an online file storage service based on cloud technology. Similarly, Google Drive, Apple iCloud, and Microsoft OneDrive are based on cloud technology.

The experience of connecting anywhere, anytime, and with anyone is thanks to cloud applications. Information is stored not on our computer but the Internet from various devices, e.g., accessed from a smartphone. So we’re not tied to a location or device; we can read our mail on our computer, phone, and even our other computer and phone if we’re signing in from it.

Defining artificial intelligence (AI) is not easy; we come across many definitions that are not in a relationship of gratitude. One of the many different definitions is artificial intelligence in informatics that specializes in developing systems similar to the properties of human intelligence. An artificially created object (machine, program) can behave similarly to a natural living thing. Able to respond automatically to external influences and learn without human intervention, i.e., to change behavior in a practical and repeatable way. This digital trend affects many different areas, e.g., search algorithms, machine learning, robotics, speech recognition, etc.

Robots will perform in the future almost every task with predictable steps that can be easily algorithmized, at least that’s what Martin Ford, in the Age of Robots, expects. He argues that with the advent of an open-source system that can program robots, we can expect explosive robotics development. Robots can handle objects of different sizes, shapes, and weights, move a single or a large number of so-called multi-robot devices—author of the book.

Robots are already present in some blue-collar industries, but the entertainment and hospitality industries as well. For example, in Silicon Valley, a hotel “hired” a robot called Botlr, who can give you towels, popcorn, and other things 24/7. Another example, in some casinos, there are robot dealers. You will find them in the house of casinos, Las Vegas. So next time when you play a poker or roulette game in Vegas, don’t be surprised if a robot shows up in front of you. You’re not in a sci-fi movie; you’re just a witness to the changing technology.

Chatbots are artificial intelligence systems that are taught to simulate conversations with human users. We come across websites with this service when a chat window suddenly pops up in which the “customer service” asks us a question. Companies mostly use chatbots to be able to serve their customers quickly and cost-effectively. We can expect their spread at banks and utility service providers. When I first met one, I admit, I thought someone was sitting on the other side, but when I didn’t get an answer right away, I had to realize I wasn’t dealing with one person.

Augmented reality (AR) is a kind of virtual augmentation of reality. We project virtual elements into the real environment by looking away with a mobile phone camera or using glasses created for this purpose. Such as e.g., Bixby Vision, a reality-enhancing software found on some phones running Google Android. It is used to point your mobile camera at the road to display Google My Business locations around a specific geographic location and to show you the right direction to reach your destination.

In augmented reality, we always remain in the same space where we are. Unlike virtual reality, where we completely rule out reality, as we get to the place where the game or application is “playing.” These digital technology trends are in themselves high-impact innovative achievements. If we consider that they are all now making an impact simultaneously, we can easily understand why the fourth industrial revolution, also known as Industry 4.0, has come, which we come across more and more in the press.